A few weeks ago, a silly, overlong article made the rounds, angering quite a few people before the predictable quiet. No, it’s not the terrible, bigoted, poorly-researched piece it was said to be, but amidst all its details, the political suggestions (many of them quite solid), the REAL issue was still obscured, and Islam — a 1500 year-old phenomenon — was still left blurred by mystique. The problem is that Graeme Wood’s essay has everything you’ve come to expect of political backtalk: trite observations, vague yet over-the-hill fear-mongering (apparently, ISIS controls a region ‘larger than the United Kingdom’; much as, using similar logic, a band of sea-lions might control half of Antarctica), accusations re: American tolerance of such, and, of course, the requisite contradictions, such as when the author calls the group ‘dystopian’ in one breath and ‘medieval’ in the next. Yet despite the 10,000+ words spilled on the subject, the key to understanding ISIS is not to be found in a bulleted look at Islam, but somewhere in the past, wherein today’s bullshit tends to linger, if only so that it’s mistaken for something else — something harder to explain — tomorrow.

In other words, for all of the books on Islam, for all of the articles, the fear, the PoMo-level analysis on both sides, the beheadings, ISIS (and everything else like it) is little more than the old you. Now, just stop and think what this entails. There was a time, recall, when you — assuming you’re a white Christian in America — put on a stinky old vest, smeared your face with mud, recited a few nonsensical sermons, and still won your converts. This was when things were good. In more difficult times, you’d swap your vest for armor, find a horse, and lance a few skulls in Jerusalem. A century or two later, in Constantinople, you’d pillage, rape, and even destroy your Lord’s churches — for what’s a vow, really, when you know what’s best in your heart of hearts? And this was Christianity in power, at a time when amusements were at a minimum. There were no other outlets, and little else that could be called ‘purpose’. Sometimes there’d be war, and sometimes there was peace, but peace — you’d come to understand — was merely preparation. You never quite knew what for, exactly, but such is faith, and God’s love is narrow and stippled with requirements.

But perhaps you’re neither Christian, nor white. Let’s assume you’re, oh, I don’t know, a Chinese Buddhist. If lucky, you might have seen yourself in a Chinese king — Taizong, say — who felt the need to send his armies where they did not belong, partly for reasons of empire, and partly to help Buddhism as a kind of ‘charity’. Sure, you might have railed against superstition here or there, but given the nature of your era, you couldn’t help but replace one superstition with another, and even adopt that condescending smirk as you watched Buddhism become … Continue reading → 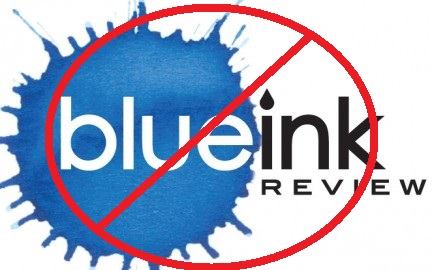 [UPDATE 11/11/2015: I have just received a phone call from Patti Thorn, owner of BlueInk, indicating that she has refunded my money. She has apologized for the review, apologized for the way BlueInk handled my complaint, and admitted the review should have been handed over to another staff member and re-written. I am thankful for her honesty and willingness to admit error, even as I indicated that, out of fairness, I cannot take down this post, only amend it with this note. To BlueInk’s credit, they did not ask me to alter this article in any way, nor guilt, manipulate, or entice me with any promises.]

A couple of months ago, I submitted my book, Woody Allen: Reel To Real, to a popular pay-for-review site called BlueInk Review. Now, I knew the risks, for I’d seen the complaints against Kirkus and other ignoble book-review services; I smirked at BlueInk’s poor website design which accosts you with its ‘legitimacy’ as opposed to a sampling of good writing that can speak for itself; I saw the 300 word-limit rule for reviews, an obvious labor-saving measure dishonestly presented as some sort of charity to “busy readers” and “industry professionals”; the Google searches which turned up nothing — nothing — except de facto ads written by its own staff, rather than any real analysis of the service and its benefits; as well as the reality that most of the books they’d push as ‘good’ were actually selling fewer copies than my own — with many not having had a sale in months — despite Reel To Real getting almost no press upon release. This last fact, especially, alerted me to the true extent of BlueInk’s pull, for if I could make something out of nothing, purely on the strength of reputation, and personal outreach, what’s preventing BlueInk from forging their own reputations, and minting new ‘names’ as per their stated goals? At any rate, I didn’t have to wonder very long.

My review came back on time, but anonymously written. People, as a rule, do not wish to attach their names to garbage, and this was no exception. Jesus, I thought; where does one even begin? I mean, I had to proofread the thing, myself, pointing out obvious errors in everything from pagination (they printed out a 12-pt, Times New Roman MS Word document and counted that as the completed work, reducing the true page count by half!), to the odd misuse of universally-understood phrases, to the reviewer’s allusions to things that simply never occur in the book, to the fact that I was continuously quoted out of context to argue against ‘points’ I’d never made. Ridiculously, I was openly accused of everything from ad hominem to refusing to provide evidence for claims, despite that the book — this not an opinion, now — gives a scene-by-scene evaluation of many films, provides hundreds of references to 50+ years of Woody-related writing, and responds to dozens of critics virtually … Continue reading →