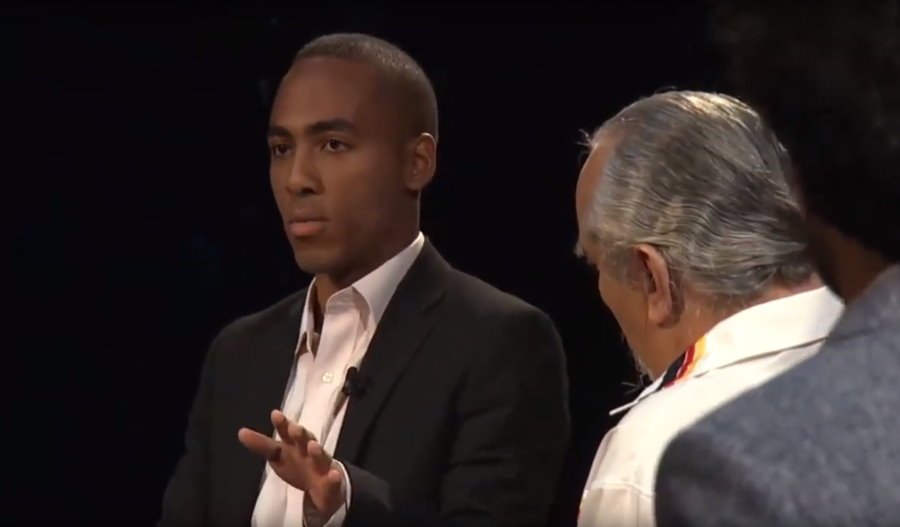 There has never been a Golden Age of Internet punditry- just a bit of blight around an anemic middle, and all the responses rushing in to fill the void. Now, I don’t know how most critics have navigated these last few years, but I’ve had a tough time disconnecting from both the punditry as well as the responses. Perhaps it’s because I am a bit younger than my favorite writers, and must come to terms with the fact that ‘my’ (but not their) culture is pretty much bitcoin, Twitch, anime, and whatever fresh regurgitation wants to get mopped up. Or perhaps it’s because I recognize that the best way to deal with wasted human capital is not to discard it, but to re-purpose it, and hope that people notice. It was only a matter of time, then, before I came across the name Coleman Hughes- a recent graduate of Columbia University, and the token child of the Intellectual Dark Web. And why not? A left-wing critic of Affirmative Action, Coleman believes in personal responsibility, bottom-up changes in cultural mores, and the rejection of extremism, divisiveness, and ‘easy’ conversations: ideas which, by analyzing his thought process, will beget important lessons about the state of American discourse. The purpose of this article is to understand those lessons, if only in the hope that young readers with Coleman’s ambitions do not make Coleman’s more ambitious mistakes.

To frame his POV more fairly, I will first offer a digest of Coleman Hughes’s breakout piece- Quillette’s “The High Price of Stale Grievances”- followed by a line-by-line analysis of some actual macro-proposals. Not to be accused of ignoring his philosophical and perhaps more substantive work, I will (briefly) set Coleman’s ideas against his preferred vision of humanism and end with a practical test of his stated commitments: Coleman’s interview with Dave Rubin, where he was given ample opportunity to confront false claims, divisive rhetoric, and bad faith actors on both sides of the political aisle. This is to ensure that I’m not only dealing with ideas, but also with the evidence presented for these ideas, the conviction behind them, and the most probable trajectory for Coleman’s worldview to play out. And although I am well aware of the risks in ad hominem attacks, I will also argue how poorly understood- from a dialectical point of view- ad hominem is, and propose a framework for both tapping and responding to this tactic. As the lesson’s practicum, we shall take informal bets on some possible directions of Coleman Hughes’s career, keeping a ledger of how many stereotypes he dutifully embraces for every taboo he gleefully rejects.

Coleman opens with a rather emblematic example of his own grievances: that it was permissible for Rihanna to fire non-blacks from a concert (she wanted an “all-black aesthetic”), whereas firing black artists for similar reasons would be met with outrage. He then examines a common justification for this- slavery- and dismisses it, wondering how … Continue reading →