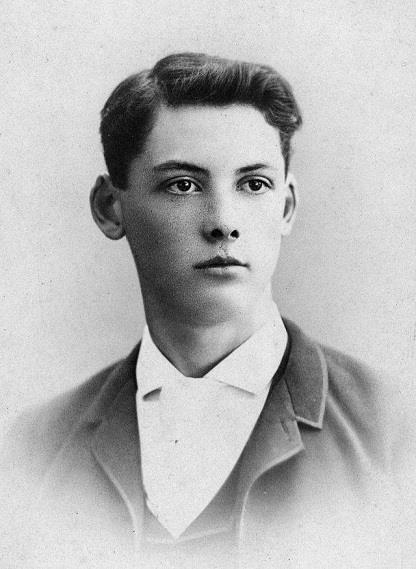 Just like Philip Larkin, Edwin Arlington Robinson is a poet better read in reduction. A good Selected, perhaps, or even just a handful of some of his better-known work will do more for his reputation than an appraisal of everything he’s ever published. This wasn’t always the case, however, as Robinson won three Pulitzer Prizes, and was even called the ‘greatest American poet’ by Yvor Winters at a time when a dozen or so far better American writers had already peaked. This shows how easily E.A. Robinson can worm into one’s mind, in his best poems, as well as the ease with which his critics are taken in by their own aesthetic biases…including Winters, himself, who was quick to accept whatever fit his aesthetic worldview at the expense of the poetry itself.

Yet that shouldn’t take away from what’s on the page, either. And while Yvor Winters was wrong for placing weird and artificial limits on poets – ‘Write little; do it well’ was a chief motto – his love for brevity sometimes led him to the right judgments, too, as with one of E.A. Robinson’s best poems:

Where long the shadows of the wind had rolled,
Green wheat was yielding to the change assigned;
And as by some vast magic undivined
The world was turning slowly into gold.
Like nothing that was ever bought or sold
It waited there, the body and the mind;
And with a mighty meaning of a kind
That tells the more the more it is not told.

So in a land where all days are not fair,
Fair days went on till on another day
A thousand golden sheaves were lying there,
Shining and still, but not for long to stay –
As if a thousand girls with golden hair
Might rise from where they slept and go away.

Although I didn’t know it then, The Sheaves was my first ‘in’ to poetry as a high school freshman. I recall the teacher sort of passing it out, very briefly discussing it, then quickly moving on to better known yet qualitatively inferior poems. I wasn’t much of a reader then, but was confused by her lack of appreciation for the poem’s mysteries, the strange imagery and diction, and how nicely the sonnet’s division plays against itself once the whole thing is taken in. Now that I can articulate what was mere feeling, once, let’s break the poem down bit by bit.

The first two lines are already memorable. The syntactical inversion of ‘long’ plays off the line’s ‘o’ assonance, all the while encapsulating the sounds in an unconventional image (‘shadows of the wind’) that is nonetheless both logical and believable. The second line hints at the rest of the poem’s trajectory, as life is made to ‘yield’ to something unalterable, with no invocation of either God or science, as was often done in poetry, but a sense of finality in the word ‘assigned’ reinforced by the semicolon and trochee. There is a mystery here Edwin Arlington Robinson does not wish to ascribe – or throw away – to the banal explanations on either side of the philosophical aisle.

The next two lines, while seemingly prosaic, are actually needed to temper the abstraction in everything that comes before and after. Likewise, ‘Like nothing that was ever bought or sold’ takes an idiom and utterly strips it of all familiar context in the cryptic ‘It waited there, the body and the mind’, which is capped off with yet another semicolon acting as a soft-pause for the reader to think about what it all might mean. Yet as if Robinson anticipates exactly that, he then offers up a timeless explanation for great art as a whole: ‘And with a mighty meaning of a kind/ That tells the more the more it is not told.’

As the sestet opens, the abstraction in the first part of the poem gives way to a series of images that rein everything in, and give it a more tangible meaning. Just note how the first two lines are a kind of mirror image of the octet’s final line as the repetition of ‘tells the more the more’ sublimates to ‘…all days are not fair,/ Fair days went on till on another day’ – a magisterial touch, in meaning, sound, and pure rhetorical flourish. The image of the sheaves is then introduced, described as ‘Shining and still’, with the initial trochee slowing things down to reverberate with the idea of stillness, as Robinson dramatically brings in the poem’s final and most memorable image.

Readers have wondered at the poem’s ending: both why it works, in general, as well as its staying power to this day. I’d argue the poem builds abstraction upon abstraction, culminating in something pretty much everyone interprets as ‘rare’ or ‘valuable’ in their own peculiar way: youth, femininity, and how quickly such things pass, as if they’d been gathered by accident just to leave somewhere nondescript. Indeed, just think of how much less effective the ending would be if Robinson had proposed a tangible place for them to ‘go away’, or described the girls more specifically, thus interrupting the reader’s own process of imbuement. By giving these broad brush-strokes, he is in fact playing on the reader’s own associations with these images. He knows there will be a reaction to ‘girls’, ‘golden hair’, and passing, and respects you enough to figure it out by your lonesome.