Now that I’m busy working on my fourth book- a novel set in Tang-era China- I will have a more regular essay schedule, both for this website as well as my Tooth & Nail column over at Cosmoetica. But first, a few updates on Woody Allen: Reel To Real, the things that have come, and the things that will be:

First, from what readers, reviewers, academics, and film producers have written, the book is now the “standard” of Woody scholarship, as well as their favorite book on the subject. I intended Reel To Real to be both scholarly and accessible, as well as the most comprehensive text of its kind. It will continue to be exactly that, given the many updates it’s slated to receive over the coming years.

The book also won an Honorable Mention in the Non-Fiction category over at Readers’ Favorite Awards. Not sure what this really means, yet, as RFA do their publicity outreach in October, but I’m looking more at niche and specialty awards over the next few months. The fact is, Reel To Real is closer to scholarship than something that typically gets picked up by intelligent lay readers, despite being geared towards exactly that demographic. I’d like to get the book into the hands of more academics, given how- to my surprise- they’ve responded so well to it.

Then, a couple of nights ago, I was filmed as a talking-head for an upcoming documentary by Bradley Weatherholt. Oddly enough, the film deals with the cross-currents of Star Wars and philosophy/art/media studies, and although I’ve exactly zero interest in those films, the director wanted someone to discuss art history and the history of criticism. The questions were sharp, intelligent, and broad, making for a good, tangential sort of conversation. The short is that Bradley wants to expose people (such as those in a fandom) to ideas that they might not otherwise hear, much less be open to, and this is a useful way of doing exactly that. And, despite our different approaches, it seems that the both of us have the same goal: to understand art correctly, and to communicate this understanding as well as we can. I talk of Aristotle, Sir Philip Sidney, Pauline Kael (on whom my essay enticed Bradley to contact me), and others, more or less arguing the following, as per my initial e-mails to him:

My personal view is that 90+% of all ‘theory’ and academic writing on the topic of film is silly and worthless. It contributes nothing to really understanding a film, and even when it (rarely) helps one understand a particular slice of a film (ex., what it might say about race), it also exaggerates this slice by bringing an unnecessary and totally unrealistic amount of attention to it.

In short- you CANNOT split art into ‘1 thing.’ Every decade or so, one gets a new fad- a new ‘methodology’ that tries to pigeonhole cinema even as they claim to bring in a … Continue reading →

Besides my essays for IDEAS ON IDEAS, I will now be writing a column called “Tooth And Nail” for Cosmoetica, thus taking the place of Len Holman’s brilliant several-year run. If you haven’t read his essays yet — 15 million hits, and counting! — they are witty, concise 800-900 word pieces on all things politics, and more. Len is combative, opinionated, and, most importantly, an excellent writer: qualities that I will replicate in similar articles to give you guys (and myself!) a respite from the monstrous 10,000+ word essays on this website.

In short, writers get FAR too comfortable simply being ‘one thing,’ whether it’s novel-writing, poetry, essays on this or that topic, or what have you. Yet as art grows out of its juvenile little phase, artists will take on new challenges as well as new responsibilities. These include diversity of skill and vision, greater consistency, and a better understanding of what art is, and, yes, what art isn’t.

This column is my way of going towards this direction, that I don’t ossify into merely ‘one thing’ and get fat and sassy in the process. In this spirit, the topics will cover everything from art to politics, to cultural musings, and small ‘o’ observations. Do it all, baby — and do it well!

Essay #1: Pundits On Drugs, and what drug legalization should really mean.

Earlier this week, I was interviewed by Dan Slevin — editor of FishHead Magazine — for his Rancho Notorious Podcast, on my book, Woody Allen: Reel To Real. The interview focuses on Woody Allen’s film work, my reactions to it, as well as the e-book process.

According to Slevin, the book is “a massive undertaking, and one of the most significant pieces of film archaeology you could come across.”

You can listen to the interview here, a little past the 1 hour mark.… Continue reading →

Today marks the release of Woody Allen: Reel To Real, which is, as of this writing, the most comprehensive book on Woody Allen ever published. Poet and critic Dan Schneider, of Cosmoetica fame, has called it a “seminal” and “revolutionary” book, a book that ought to change the way people talk and think about film. I hope that you’ll agree, if not with some of my interpretations, then at least with the tools Reel To Real provides — tools that can be applied to the art world as a whole, for greatness (as Schneider has argued) is its own company, and what works or fails in one place can be extrapolated into another, from film to film, art-work to art-work, and to the kinds of stories people like to tell.

In short, the book covers every movie that Woody Allen has ever written, directed, or otherwise acted in, with preference given to the material from Annie Hall onward, and especially to neglected masterpieces such as Stardust Memories, Interiors, and Another Woman. Thus, I take a film-first approach, with detailed analyses and 100s of references spread across ~160,000 words on art-centered writing. Yet the book also features a dialogue between the writer and reader, a huge chapter dissecting 6 major critics of Woody Allen (read it here, in full), a fiery exchange between me and Jonathan Rosenbaum, perpetual updates to the e-book via a ‘sync’ system whenever a new Woody film is released, and a final chapter wherein — after much praise, from me! — I finally take Woody Allen to task on his influences, opinions, and general philosophy. In short, no one gets off easy, because, just as Judah is told in Crimes And Misdemeanors, ‘the truth will out.’ Except, in this case, it’s not mere naïveté, and I’ve got the hammer.

Anyway, to celebrate the release of Woody Allen: Reel To Real, I’ve decided to compile a list of Woody Allen’s top 10 films, and explain my reasons in depth. Note that while there are some films, below, that can legitimately be knocked up or down a few spots, they all have at least SOME claim to artistic greatness, if not being indisputably so. So, despite Jonathan Rosenbaum’s claims, to me, a 40-minute fluff-piece like Oedipus Wrecks simply does not belong here. And, conversely — and critical negligence aside! — a well-written, well-filmed, and well-scored opus like Another Woman does. And now that at least some of my reasoning is clear, let us begin with the list proper! 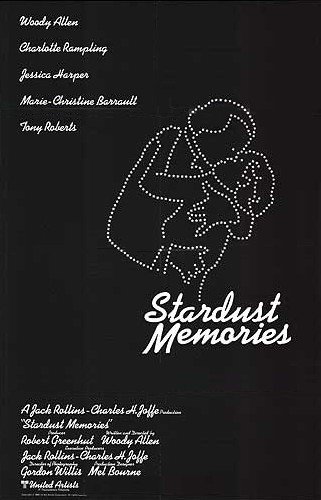 I respect the reader, and so won’t waste time by forcing anyone to scroll to the very bottom of this page to see my top Woody pick. It’s not merely annoying, but would occlude a great film, a film that deserves the #1 spot, and needs to be watched without blinders, and understood without the silly imbuements into Woody … Continue reading →

For those that have followed the work of great contemporary thinkers such as Charlie LeDuff, Desmond Morris, Steven Pinker, Brad Steiger, Mark Rowlands, Howard Bloom, and many others, Dan Schneider’s interviews have become the deepest conversations that such folks can presently engage in. After all, the questions they’re asked are interesting, diverse, and demand both stamina and openness. Just a cursory look through some of these interviews reveals people who are willing to talk about difficult things, and to go beyond the narrows of their own professions. LeDuff, for instance, may be a ‘mere’ journalist, but clearly sets himself apart from the functionaries who litter this field via the quality of his own insights and his refusal to fall into any one camp, while the late poet’s James A. Emanuel’s interview shows an artist who, despite old age and being best at one particular form, is able to push boundaries in prose, as well, given the nature of his answers, and the elan with which he expresses himself. Likewise, Lem Dobbs offers words that are nonpareil in their wisdom on the arts, the misfortune of the publishing process, the ‘why’ of bad cinema, and other issues that are merely sidestepped by less ballsy types. Then, there’s this interview with Terence Witt, an amateur physicist who has gotten, through Dan, the only fair and comprehensive platform for his views that I’m aware of, given the stereotyping and straw-men Witt is routinely subjected to in the science world. Now, say what you will of any these folks individually, but they are willing to speak, at length, and speak well.

But despite the massive popularity of these interviews, with many garnering tens of millions of hits, it is clear that most people would rather watch shit than read shit. Also, print interviews give too much room to fib, to not answer questions, and merely to do whatever the hell one wants behind a computer screen, rather than face issues head-on. Dan Schneider has had this happen much too much from folks that, to be clear, don’t really give a damn about engaging, and think of an interview as a mere marketing ploy as opposed to an opportunity to explore ideas. Hopefully, the video interview series won’t allow such things to occur, at least not as easily, and will also get people who might be better speakers than writers to express themselves here.

For those who still prefer text over video (as I often do), there will be a transcript of my interview up on this site sometime in the next week.

In the meantime, enjoy.… Continue reading →