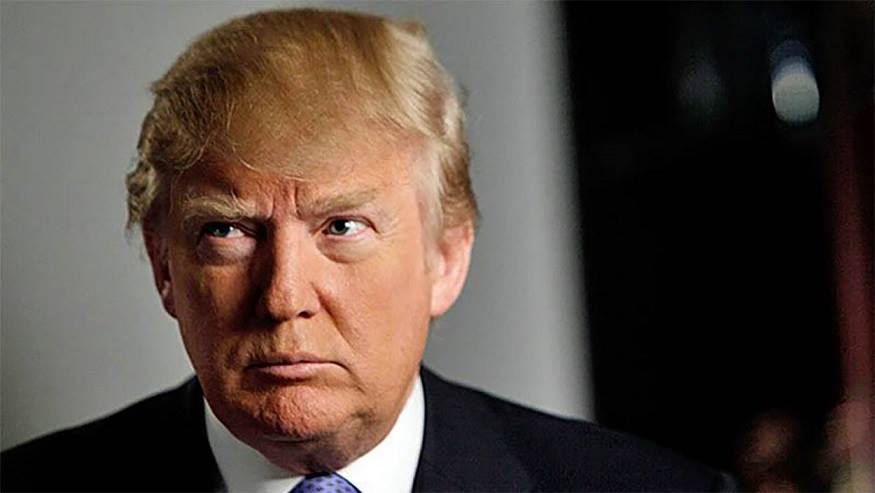 It may have taken quite a while, but the Republican Party has finally been booed off stage…or at least close to it. There is, after all, one last Act before the curtain, even as most actors have effectively been reduced to audience. Let us observe:

A mediocre businessman who, like most politicians, does not much believe in his Party’s stated goals, has, unlike most politicians, ditched the serious stuff for a burlesque on the Republicans themselves. Day, night, for practically a year now, Donald Trump has run the sweep of Republican history: from the right-wing populism of small towns, to the surprising social liberalism that was once immaterial to ‘real’ issues, to racism, evangelism, alt-right, and the affinity for switching sides and picking and choosing one’s politics as from a koldtbord. The GOP has worn all of these identities at some point, for the GOP — like any conservative entity — is by its nature volatile. It must adapt to change, but rarely engenders it; must, despite its values, accommodate the new mainstream, if only to hold on to other values still. I suppose, then, that the Republicans once knew the value of being flexible, of being able to renege on minor things without suffering a blow to their identity. The issue now is that Trump, in his pantomime of things past, understands the value of being flexible, as well, even as both parties scratch their heads at him, forgetting that the only reason he was allowed on stage is because they, at some point, decided to take a seat.

To be sure, Donald Trump’s complaints are many: illegal immigration, Islam, America’s growing debt, the observation that as our day-to-day reality has hardened, all people — including poor people who tend to vote against their own interests — have hardened, as well, into a kind of stasis. Liberals can’t stand him, but fail to admit how much political correctness has encouraged Trump: how much in poor, dumb, white people’s denunciations of clear ills, they had searched for the inevitable target, and being poor, dumb, and white, believed they had found it in Others (black, religious, irreligious, foreign) rather than in the PC ideas that have so tokenized them as beneficiaries. Conservatives are shocked by his rise, writing silly articles that, for all their technical rightness, miss the entire reason why he has become popular in the first place. Indeed, it has taken a fraud to expose the fraud of the Republican Party, which ignorantly continues the paeans to decades of failure that’s most responsible for his ascent. And while the GOP hopes for a fall, a blunder, some weakness, anything, they fail to see that Trump’s inevitable demise will take them, too. Unless, of course, they grow, adapt; unless they see that the choice is either more pandering or a shift back to a Center that, no matter the dilution, creates an average from which some good ideas can emerge.

The issue, then, is two-pronged, although the Republican side of the equation is far easier to see. The GOP, after all, represents decades of failed policies: tax cuts for the rich that almost single-handedly created America’s debt ‘problem,’ the gutting of unions, a refusal to address health care reform and the subsequent attempt to undo them once the reforms were in place, the dramatic expansion of government — as under Reagan — into places it does not belong, two disastrous wars, the swelling of prisons due to idiotic laws, and a handful of economic crises exacerbated by a hands-on policy towards everything BUT governance. In short, one merely needs to look at the country from the 1980s on, when the worst of these policies were put in place, to see that this is not some economic fluke but a clear response to universally decried solutions.

Yet despite all evidence, a part of America is convinced that the policies had not been taken far enough, and, worse, that the policies had actually been disrupted: by Democrats, usually, but others have been blamed as well. And if responsibility for the GOP’s failures is so easily fobbed, it is not so hard to extend the blame elsewhere, as Trump has done with immigrants and religious groups. The bottom line is that failure is failure, and failure can be practiced, weighed, detected by even the stupidest voter. Trump offers no specific details here except that, when this Other is discharged — now magnified a bit past what Republicans are comfortable with — things will finally be as they once were.

The liberals’ fault in all this, while important, is also far more subtle, and pernicious. Their first failure was an inability to groom a strong progressive to counteract the forces of the 1980s.  Reagan’s miasma went deep, but his popularity, instead of being exposed for what it was (people still believe, for instance, that Reagan was ‘responsible’ for the fall of the USSR), was merely given into: feared, even. The Democrats began to waver on their own values, with the more liberal lines reserved for less political outlets such as media and Academia, whose disconnect from the real world bred resentment. Political Correctness, then, was the second failure, for it inverted normal, universally understood truths and behaviors into evils, all the while attacking white men (and women!) for a “privilege” that is on the one hand undeniable, and absolutely meaningless on the other, given that the day-to-day reality for most is STILL one of fear, uncertainty, and drudgery. That blacks have it worse is immaterial to the unemployed dropout whose uninsured mother is dying of cheeseburgers, especially since both problems have the same root the Democrats were too weak to address. And now their words were to be policed, as well; their thoughts, and resentments, their silly inclination to go out and shoot a gun: not even THAT was to be theirs much longer, while Others were ‘allowed’ to be a little more self-expressive, a touch offensive, even, without consequence, as losers watched yet other losers — who they now thought had it ‘better’ — supposedly reap rewards that were once theirs. In short, liberals could be blamed for releasing these psychical forces into the wild, and the Republicans could be blamed for fanning them with lite versions of Trump’s populist rhetoric. The difference is that, with policies being so bad, on BOTH sides, Trump could feign some grand corrective and the narrative would still look good. After all, like Huck Finn’s Pappy, you were raised to loathe the gov’ment. So, what is your first reaction to a politician whose very style of non-sequitur suggests the anarchy so craved?

As far as I can tell, no camp has yet to take even a little responsibility for 2016’s theatrics. The GOP complains that Donald Trump is not a true ideologue while the Liberals take easy shots at how bad his racist platform really is. And while both camps hide behind these positions because they are so obvious, they also conveniently ignore why this niche had opened in the first place. The Gracchi Brothers, Jean-Bertrand Aristide, Italy’s Lega Nord, the various tyrants — enlightened, unenlightened — which seem to define most societies in transition: they ‘win’ because they’re able to shape the energy of those who did not know there was anything to shape in the first place. Yet once it is articulated, en-worded, something interesting happens, for feelings are called in that were not quite there — facts, too. In, out, they well up from the aether, quantify, then fizzle out along with their articulation, leaving the world aghast at how they were so taken with a charlatan. Then the lesson is promptly forgotten. The lesson in fact sounds absurd. And it will be so now, save that, next time, the spiral will have moved, the charlatan will be less obvious, less volatile, but still miming world history on stage for an audience that has never seen it before.