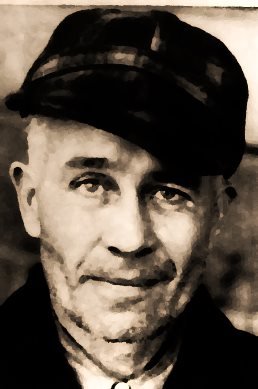 Almost 20 years ago, Dan Schneider of Cosmoetica was filmed doing something novel: writing a great poem in just a bit over an hour, with a running commentary not only on the process, itself, but why certain choices are made over others, and how this might apply to writing as a whole. The poem, “Ed Gein Becoming”, and the video which engendered it, is something I could have used when first learning my own craft. I’d often read biographies, famous poets’ notebooks, and anything else, really, that might have offered a glimpse into the creative process, mostly due to ignorance over whether I was doing things right. Mature writers will realize that this is usually a dead end, since artists are so dissimilar, and because few have ever had any real insight into their own talents. Simply read, for instance, Shelley’s famous essay on writing, or observe the temperamental differences between a recluse Emily Dickinson and public campaigner Judith Wright to see how little such things really matter. Yet what if artists could, in fact, guide one through a thought process, a set of lines, or the use of a color in a way that’s tangible and replicable? That’d actually be a lot more valuable, and why this recording might help those who are still working through such self-definition.

Prior to getting any further, here is the video:

Notice Dan Schneider’s strategy: he looks through a few books for salient (that is, not necessarily known, nor even truly defining, but salient) elements of Ed Gein’s life that have the architecture for poetry. Too often, artists focus merely on what they care about, and while emotion is certainly a strong motivator, it can also be blinding, encouraging both artist and critic to be too charitable to what they might subjectively love, or unfair towards what they hate. By contrast, forcing oneself to deal with a topic one is merely neutral on is great practice for noticing patterns and seeing how art works in a purely mechanistic sense without discoloring the result with one’s own biases.

Note, too, the things Schneider refuses to consider. Ed Gein was a serial killer, and most writers will merely do the predictable: a portrait of Gein, say, mid-murder, or using obvious and violent imagery out of a fear of being accused of empathy, an inability to see further, or both. He sees Ed Gein’s possible Oedipal complex, but immediately rejects it as “overdone” artistically (even if it’s 100% apropos to Gein’s life), choosing, instead, to focus on an interesting insight: that while he was a psychopath when let loose into the world, he was a “model prisoner” and psychiatric patient “while under someone else’s strictures”. Is it the ‘right’ assessment of sociopathy? Can the idea be tested? Re-applied? Perhaps, but, as before, these would not be the right questions. The point is that, artistically, it’s a fresh angle to take, particularly since it is so far removed from the man’s most famous and defining actions. The ingredients are thus ready, and Schneider begins to write.

Instead of trying to come up with a first line independently, Schneider combs through sheets of old work: lines that might have been good, but simply unusable in whatever context they were ripped from. He doesn’t dwell on this much, but it’s worth noting that it’s a good idea to keep a separate file for exactly this. In my own practice, for example, a novel might have to be cut down by thousands or even tens of thousands of words, including some good passages that simply do not fit the narrative. By adopting this strategy, it only takes Schneider a few minutes to get something that fits his strategy: a line which prop ups the poem’s (and subject’s) artifice, forcing all else to parallax against it. It also allows him to settle on a narration – third-person omniscient – both as a jump-off as well as in the recognition that Ed Gein was likely too dumb, himself, to have the kind of thoughts the narrator will express. This avoids the issue of letting artifice go too far in taking a reader out of the experience, yet still allows the artifice to make its intellectual thrusts.

The other lines take a similar tack: not too overtly philosophical, nor heavy-handed in other ways, which means that Schneider has to depend on technique to get some richer ideas across. To this end, he employs punctuation expressively, and uses sound to both create a sense of complacency as well as to jar against the reader’s ear. Just listen, for example, to his explanation of the word “sways” as something which is “innocent enough” yet finds itself at odds with the poem’s content- or rather, the purported content, as Schneider plays with both tradition and expectation.

Schneider’s use of the title is also spot-on. As he looks through a book of Vermeer, whose style help define parts of the poem, he also looks at the painting titles: nouns and verbs, mostly, with actor X doing Y, and decides this is usable for his own purpose here. In too many cases, poets will simply have a title re-iterate what the poem makes clear, or waste space in an already limited set of lines describing the poem’s key figures, setting, and the like, when it could more aptly be a part of the title and sub-note. Realizing this, Schneider indicates how both title and poem work side-by-side, fulfilling separate functions that nonetheless maximize both space and effect. Nor does the title’s actual content force just one reading of the poem, either, since there are several possible layers to work with…but not, of course, an infinite number of layers, as Post-Modernists would claim, as Schneider in fact does the bulk of the hard work and forces the reader to meet him part-way.

Normally, at this point, I’d analyze the poem line by line, but I suppose it’s time for you to do some work, yourself. And, in the spirit of the film’s pedagogical import, I will leave you not with answers – not this time! – but with questions to work through, to get a better understanding of not only “Ed Gein Becoming”, but of poetry as a whole:

The uncaused moment that is this comma,
is the bough that for, but, a moment sways,
as only its motion relates the day,
beyond the bars that this sonnet infers,

as the mellifluous light of morning,
inters his eyes within this space of time,
without that joy, undeterred by this rhyme,
where he smiles in a way, just seeming,

to hint at a skull, which only relates
to his past, this poem finds so distractive,
unlike that bough which, for a moment, stays,

within its rhythm, or its beginning
to end. And it ends. And then there is life.
And the mellifluous light of evening.

1. Schneider uses punctuation not merely for its own sake, but expressively. Note 3 instances of such, and the cumulative effect upon the poem.

2. As I wrote, above, why might Schneider use “sound to both create a sense of complacency as well as to jar against the reader’s ear”? Find an example of such, and expound on it.

3. In keeping with the above, observe any instances of slant-rhyme, and why it was included here.

5. What is the function of “and” as a start-word in the poem’s final line?

6. Note any words or phrases that contradict one another in meaning and/or sound. Why do you think these words were used as they were?

7. What does the poem mean? Note any hesitation you had in answering, and write down why it is such a poor question to begin with.

8. Re-write the poem in a way which damages its strengths, and observe why this is so.

18 Comments → Ed Gein Becoming: Or, How To Write A Great Poem In An Hour