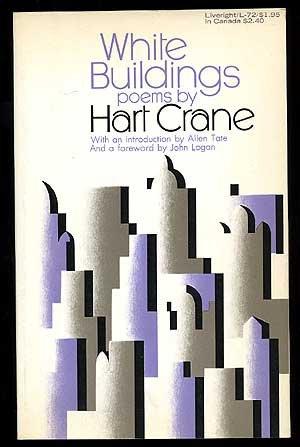 An overlooked perk to taking one’s education into one’s own hands is that you are less prone to being swallowed up by others’ bullshit. You read selectively, at first, and merely accumulate text: poems, stories, whatever, with no real access to others’ thoughts, since you don’t have a university library, JSTOR, or professors giving you the ‘official’ line on whatever it is you are learning. And, of course, there is always an official line – don’t let anyone convince you otherwise – because for all of the supposed diversity of thought in academia, once a perspective takes root, it becomes a bias, the bias a means of re-organization, and the re-organization fads and whims and money. This is, indeed, the typical trajectory of any idea, yet one that is better observed with an example.

Say your item of study is Hart Crane. Say that you’ve gone through his poetry, and would like now to see the hear the consensus. Suddenly, however, you don’t quite know where to begin, because they are all saying things that don’t really cohere with what you have yourself read. Did the misinterpretations start with the bad – and perhaps envious – critic and novelist Waldo Frank, whose 1932 introduction to Crane’s Collected Poems spoke of the poet’s “failure”? I mean, that’s certainly one way to bias an audience: to tell them they’re about to read total shit, then slap them with some of the best poems ever written. Did it trickle out with revelations from some of the biggest names of the 20th century – Eugene O’Neill among them – that they did not even understand Hart Crane’s work? Could it be the difficulty of the poems themselves? Yet Wallace Stevens is just as difficult, if not more so. The difference, of course, is that Stevens enjoyed a historical accident in that he was championed from the very start, thus making him impossible to ignore. Crane, however, was dismissed and even derided, creating a self-fulfilling prophecy – as per fads and whims and money – where ignoring him was the safe thing to do. It didn’t matter whether you were lazy in your appraisals, because everyone else was, too, and if you were ever called out for ignoring a great poet, you could ignorantly declaim that you were in the mainstream, as if this were a proper defense of a terrible idea.

There are, therefore, virtually no close examinations of Hart Crane’s poems online, but too much repetition of the same judgments others have long come to. Yet let us do away with them for a moment and examine Hart Crane’s BLACK TAMBOURINE anew: a short poem that hints at some of the difficulties of his longer, more complex works, but is nonetheless ‘easy’ enough where I do not have to convince a good reader of its general strengths.

The interests of a black man in a cellar
Mark tardy judgment on the world’s closed door.
Gnats toss in the shadow of a bottle,
And a roach spans a crevice in the floor.

Aesop, driven to pondering, found
Heaven with the tortoise and the hare;
Fox brush and sow ear top his grave
And mingling incantations in the air.

The black man, forlorn in the cellar,
Wanders in some mid-kingdom, dark, that lies,
Between his tambourine, stuck on the wall,
And, in Africa, a carcass quick with flies.

The usual approach, of course, is to start hunting through Crane’s biography for some sort of exposition. Yep- it is true that Crane worked amongst black men in a dingy environment, and it is true he had anti-racist sympathies. It is true that the poem was likely based on someone he in fact knew. It may even be true that his own sexuality made him feel empathy for others’ suffering, and it is certainly true that, as an artist, he would be attuned to his own surrounds as  potential inquiry. Yet for all that, let’s throw everything aside and keep just one assumption. Naturally, it will be up to you to figure out what that assumption is by article’s end.

The poem’s first line is immediately grim. Yes, “black man in a cellar” invokes racism, yet it is really the word ‘interests’ that gives the reader something deeper to latch on to before moving further. The word can denote mere circumstances, or desires, or perhaps even advantage: the last being especially at odds with a reader’s expectations. The second line completes this thought, with the word ‘tardy’ indicating that a response has come only reluctantly. The third line subtly shifts a bit of the blame – or pity, more likely – to the black man, who might be drunk, while the last caps the scene as something slave-like even if the conditions are no longer thus. Note, too, how muted the description is compared to Crane’s more typical lyricism, even though the images are still quite memorable (“gnats toss in the shadow of a bottle”; “the world’s closed door”) and leave one – after just 2 sentences – with both an evocation as well as a moral evaluation. It is a density of expression that makes its way into Hart Crane’s other poems, and it’s best to get a handle on it now before tackling his more difficult material.

The second stanza is the product of an interesting structural decision. It comes seemingly out of nowhere, apparently disconnected from the rest, touching on a subject which has no literal relation to the poem’s content. Yet look at what’s in fact happening. First, Aesop is invoked: a Greek fabulist who had the leisure for ‘pondering’, and could, by merely entering his own mental recesses, find a kind of intellectual ‘heaven’ in his own tales, whereas pondering for the black man is little more than roaches, an unused instrument, and a bottle. Note, too, the almost sarcastic function of the next line: that his grave is ‘topped’ with ‘sow’s ear’ and ‘fox brush’: warped, almost fabulized variants of plants (lamb’s ear and fox-bush) that nonetheless call forth characters from his stories, summing to little more than sweet ‘mingling incantations’. It is, then, a set of associations both distinct from what the poem describes, but also oddly similar to what’s happening under the hood. The poem, after all, has its own characters, its own moral (if one can ever reduce art to such!), and the black experience its own store of tales that – unlike Aesop’s – do not have the leisure of being detached into purely cerebral experience. The stanza, then, is a bridge not from black to white (as it’s usually suggested) but one world to the next, of which black/white are merely representative. The poem can now be extrapolated into something far more than a comment on race, even as it uses race, and refracts it, for purposes that become more and more its own.

The final stanza returns to precisely this idea. It is structurally different from the first: a single sentence, now, and far more syntactically complex, as a de facto expansion of what was mere scene and idea-setting at poem’s start. The ‘mid-kingdom’ is a kind of purgatory, described with the same sardonic twinge as Aesop’s grave. It’s almost as if the African tambourine is the last reminder of this kingdom, even as it’s now ‘stuck on the wall’ – perhaps no longer played – on the one hand, and not truly real on the other. Yet look at the grammar again. The ‘mid-kingdom’ could be the ‘carcass quick with flies’ (that is, it is no longer means anything to the black man), or the sentence’s first subject: ‘the black man’, who is spiritually dead, an image all the stronger that, in the context of the scene, naturally works with ‘flies’. Thus, there is both a condemnation of not only human suffering at large – the poem’s most common interpretation – but also doubt cast on what Africa can and cannot be to its own exports. It is not Aesop’s ‘heaven’, nor anything else, really, but a place that may be aggrandized, dreamed of, and misshaped, but nothing more. Thus, it almost mocks the ‘interests of a black man’, even as those around him might project that which cannot be real.

And there you have it. Twelve lines that are difficult, really, only to those who have not made a habit of reading poetry, or those that have never learned to read – that is, have never learned to look for the right things – in spite of the habit. Ask yourself, then, what you had to know of Hart Crane or his life, or his broader poetic context, or anything else, really, to understand these lines as-is? The answer is Nothing, but this is not an answer that the critics accept. Yet lacking any answers, themselves, why should it matter what they accept, when their rejections – almost a century on – have now practically become a self-sewing badge?