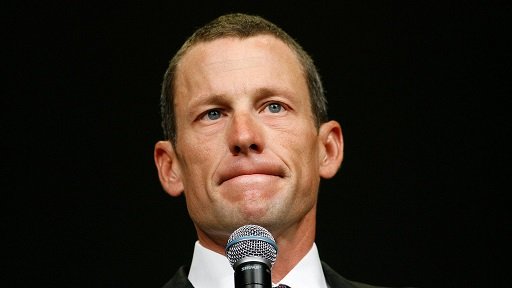 Now that the Lance Armstrong ‘controversy’ is dying down, cycling — they say — is ripe for a renewal. This means new races, new competitors, and, yes, new rules; a fresh way of looking at things. The last two decades (perhaps more) — they say — have been quite shameful. There was no wont towards fairness, no sportsmanship, no real inclinations but that of ego, name. That’ll pass — they’re sure — because our basic human instinct is good, and overpowers the more selfish drives that got us into this mess in the first place. Maybe, but there’s just one nagging problem. Lance does not believe he cheated — at least not really — and they say that he says that he’s still the winner of 7 Tour de France titles, despite being stripped of such years ago, with most public opinion comfortably against him. Yet he persists, for the rules — they NEVER seem to say — are, were, and will not ever be too clear, if not on this point, specifically, then on what the surrounds mean in the long run, over a much deeper context.

Now, is Armstrong merely a psychotic: that is, a man utterly divorced from reality, causal relationships, and the like? Perhaps. More likely, however, is that Lance Armstrong understands the situation he was in a little better than most, and can’t quite reconcile the word “cheat” with what he first saw, in the mid-90s, quite possibly railed against, then dutifully accepted. He has said that cheating was rampant as soon as he came into the sport, and he is right. He’s claimed that cheating is rampant, still, and if you know anything of human nature — much less culture — and recognize the billions and billions of dollars that get pumped in and pumped out of a sport like this, what with the bicycles, supplements, spare parts, and international branding, with every con artist, CEO, thug, petty gambler, and politician hoping for a score, and with so many hands mixed up in so many pockets: well, to assume that cheating, big AND small, is an exception rather than the norm is not just naive, but unforgivably stupid.

This was, Armstrong argues, his inheritance, and, unsurprisingly, few want to buy it. In their perspective, whether they realize it or not, context is meaningless, and individual choice — like individual freedom, responsibility, and those mythical, now-tattered bootstraps — trumps all. It’s a wonderfully American myth, and one that mirrors everything that Americans wish were true, and most, for all we know, believe to be true. Yet there’s obviously more to this ‘thing’ than Armstrong, because while he may be a bit loftier of a con in a network of a million smaller cons that get manufactured every single day in the name of sportsmanship, he is also the first in line, the most visible, and therefore the most unconscionable. It is his (not their) affront that matters, for it is he who violates a peculiarly American more: that if you must cheat, then cheat — but make it dazzle. Just don’t get caught, see, because for every cheat that America encourages and mints, there is also a gavel to complete the symbiosis, and keep it healthy, ever-vigilant.

And it’s a raw deal, since Lance Armstrong provided, arguably, the only thing that ever really mattered in this exchange. It was a lie, perhaps, but it was a lie that very few could have offered themselves, no matter how hard they’d work (or con) for it. More importantly, it was a lie that others simply accepted, for the story was just too good, and the need for mythos too strong — enough, at least, for cycling to become little more than manufacture, wherein competitors are in a perpetual arms’ race for the best drugs, the best doctors, the best nutrition and workout routine, just to feed the myths the world craved. In this way, Lance Armstrong was a showman, with his theatrics certainly no worse than those of politics: a field where the stakes are so much higher, yet the punishments just as token and silly and haphazard, merely there to satisfy the need to see the ‘bad guy’ fall, even as the thing’s so rigged that there’s always dozens more to take the fall-guy’s place. So, who were these doppelgangers for Armstrong — heroes who’d go on to win in his stead, if only he’d not doped? Well, it’s hard to say, exactly. One can’t guess at their hair color or their mannerisms. But, they were dopers, too. As for what they were not? They most certainly were NOT survivors of metastatic cancer, and therefore had their own peculiar edge. No one thought a damn to offer Armstrong any sort of ‘handicap’ for his ills, because, well, people are interested in absolute success, and handicaps are laughed at. Yet what of Armstrong’s absolute success from the other direction? Framed in this way, the agreement does not keep.

To be frank, I don’t give a shit about sports, and probably never will. Their basic point of interest — to test one’s mettle in some semi-standardized fashion — is partly made redundant by the hundreds, if not thousands, of new outlets for such since the nadirs of civilization are now comfortably behind us. The human body is on the outs, and Lance Armstrong must on some level understand this. There was his cancer, for one. There was the belief (fact, perhaps) that his accomplishments were impossible without a little push. And, of course, there was the inevitable fallout, replete with a target-system — and hysteria — unlike in any other sport before it, when the records were smaller, and the men a bit shorter. Yet so many were getting that little ‘push,’ as well. Sure, they went nowhere, but revealed things that no myth-maker ever will, who is just too busy for the pettiness, and the envy, that afflicts the myth-takers.