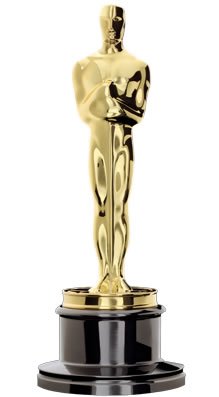 Over the last decade or so, the Academy Awards have received a long-deserved thrashing for their sameness. The people all look the same, the names all roll off the tongue with the same ol’ thump, and — at least for the more discriminating among us — the films, themselves, are pretty much identical, year after year. Nor does it help things that the winners are overwhelmingly white, and part of a medium that, more than books, television, or music, utterly forges people’s conceptions of art, relationships, and our day-to-day human drama. It is (rightfully) assumed, then, that the life depicted on screen is NOT the life ‘we’ lead: a trite point, really. More relevant, however, is the fact that those who end up constructing this screen-life, from the sound-people to the actors, the directors, technicians, and apparatchiks, aren’t drawn from reality either, but a tiny slice of it, and can, therefore, give very little back to us. Enter thus the ‘race’ that is race and the Oscars.

Now just ignore, for a second, that a cursory look through the Oscar wins from 1929 on will leave most filmgoers confused. Indeed, just as with the Nobel Prize for Literature — another trendsetter for ‘serious’ artistic work — most of these names are now unknowns, probably for good reason, in the same way that best-selling books from a century ago are but missing quanta today. This is because awards are, by their very nature, popularity contests, and whimsical ones at that. But while some things are better left to mass perception, art is, historically, best evaluated (and leveled!) by time. These days, I hear very little of Crash, Million Dollar Baby, or even Slumdog Millionaire, despite the fact that they’re fairly recent wins, and seemed to utterly control people’s conceptions of cinema only a decade back. You’d see articles, analyses, and academic discussions, even, of nothing in particular, yet still providing so much small-talk for the parties and the after-parties that those on the outside wished to be a part of, if only to joke with the stars, to hobnob with bad directors, to get the taste of, if not outright caviar, then downright shit: because when art is reduced to a mere vote of confidence, it all looks the same from such a vantage, anyway. For too long this cocktail party — of politics, wealth, and now, the human image — has tended to the same guests. It is predictable, then, that the rest of the world, the real world, perhaps, wants in, if only to do the same ol’ shit, to entertain with the same idiotic tricks, that everyone else has done, hoping for the same reaction.

And, ok: that’s fair enough, I guess. My issue, of course, is not with racial justice, but with a few, ah, human tendencies that have not been properly addressed, by ANY side. Blacks, recall, got tired of getting beaten up by cops, but when they finally joined the police force, they became, on average, as bad as the lynch mobs, because whatever good, whatever small, personal whims that might have sparked the initial desire for ‘change’ were ultimately flattened out by a deeper, all-conforming force. It is, alas, a force that runs along simian — as opposed to racial — lines, and infects all things, not merely questions of ‘power’. Later, blacks were (and STILL are) kept out of politics, and had (and STILL have) many plaints. They were tired of the Vietnam debacle, for one; they’d see the lack of justice all around them, the white man’s wars, the white man’s economy, and parasitic standards. So they slogged through the military ranks, with one exemplar, in particular, ascending as far as the Secretary Of State — that was the ‘award,’ in this particular exchange — only to get involved in yet another Vietnam, for in the heights of a system that’s actually brought us Vietnam, discrimination, and other evils, there is only so much wiggle room, so little opportunity for good. And let’s not get into Law, itinerant preaching, and the rest, for if there’s a hole somewhere, it will get filled. (Nature, after all, abhors a vacuum, and there is no bigger vacuum than the gap of human fallibility.) Art is seen as somehow disconnected from this muck, as — get this — too noble for, and far apart from, reality, from human motives, as if it’s woven from a wholly other fabric. It is not. So, let’s examine would really happen once ‘diversity’ finally hits the Academy Awards — for it will — and what will be said of these accomplishments.

At first — perhaps in the first few years or so — there will be the thought that the Other has finally ‘made it,’ alongside an attempt to do something a little ‘different’ to celebrate, and make good on the original promise (whatever that means). Now, forget quality or artistic merit:difference is what’s understood — vengeance, even — and although these are noble aspirations, they are also fairly minor ones, in the scheme of things. Sure, every once in a while, a truly great artist who knows no ethnic, genre, or political bounds, a la Steve McQueen, will slip through the cracks and get awarded, but even in that case, he (or she) will get pigeonholed as an ‘X artist’ — whether that be race, class, or whatever — as opposed to a truly competent one. Yet, in time, even the allure of ‘blackness’ (or whatever else) will fade, people will settle out into, well, people, and even that initial difference, that first, wan desire to be a bit little off-key, will give way to conformity, even as the Academy Awards go on to celebrate their new-found diversity, all the while ignoring what the word TRULY means, and must mean in the long run. For make no mistake about it: the race to the Oscars is little more than a desire to get in the party, from a group of people — like ALL people, really — neither capable of opting out of a corrupt system, nor recognizing said corruption, save for the fact that it doesn’t include them: at least not yet. This is the arc, the trajectory, since people can’t help but fall into the old trap.

So, is the Oscars’ clear racial bias a problem? Of course. We NEED more physical diversity in who gets awarded what, who gets their face plastered with ‘honor,’ and who (let’s be serious, now) gets paid. By that same token, we need more black men in the worst, world-destabilizing hedge funds, more female manufacturers of torture devices, more Latinos in the position to embarrass themselves, and their nations. That’s only fair, for an ‘even distribution’ applies to ALL things, good AND bad. Yet I’d hope that the more people crash this party — the more they get a good look at the faces, within — that they will also realize they’re not their kind; that ‘diversity’ refers to far more than what’s been taught, and encompasses most things, really; and that some of THOSE things aren’t worth it in the first place, that some forms of broad exposure aren’tmeant for the best of us. This is the next logical step, and it is a subtle one. It is a subtle war. And, as such, it will be missed by most, for what brings no visible bloodshed, the thinking goes, can bring no visible reward. And what the fuck is an achievement, anyway, if nobody’s around to kiss your ass?

5 Comments → Race And The Oscars