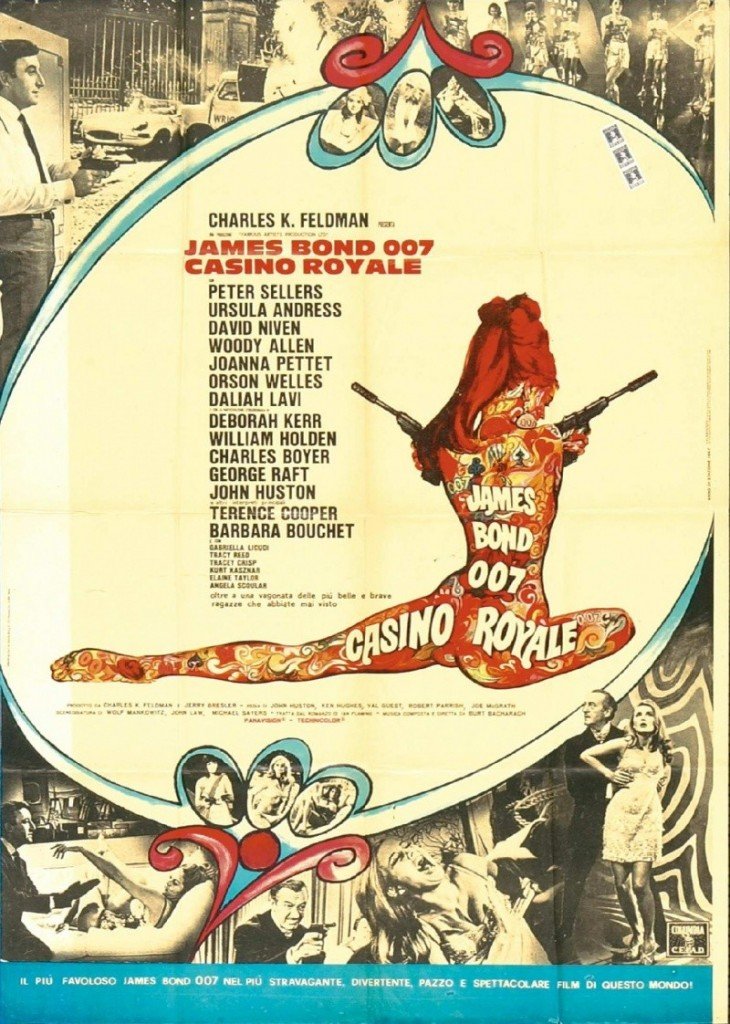 The 1967 James Bond spoof, Casino Royale, has been on my mind ever since a discussion with Dan Schneider a few weeks ago, wherein he pointed out some of the film’s positives. I wouldn’t exactly call it a good film, for a number of reasons. Suffice to say that, for a comedy, it’s often short on jokes, and (even when they do appear) they are marred by poor timing, or convoluted scenes that can absolutely KILL comedic writing far quicker than they might action, as James Bond films are.

Yet despite these issues, it does many things that the Bond films would have never been able to imagine in the 1960s, given how limited they were by their own genre and reflexivity. I mean, what did they REALLY have to point to — more action, and the same old tropes, within? By contrast, Casino Royale tried more, even if, overall, it was successful at less. For instance, the film frequently uses anti-symbols instead of symbols, there are visual sequences — such as with Evelyn’s hallucinations, Evelyn’s first time in Vesper Lynd’s apartment, the odd yet really effective opening with the singing children — that point to deeper aims, as well as filmic techniques (especially its meta-fiction) that add layers to the work. No, it doesn’t mean that the film sums up to anything great, but at the very least, it is ambitious, and a good prototype for the sort of postmodern styles in film that came in vogue in the 1990s.

Too often, Casino Royale has merely been condemned, but while I partly agree with these judgments, it’s almost become a cliche to call it “messy” and “convoluted,” for it’s so obviously those things. So, I’ve decided to focus on things beyond evaluation because it’s not only interesting culturally, but presages — for good or ill! — the sort of high-budget, small-payoff, multi-actor films that would eventually become so popular.

It is also one of Woody’s first ‘major’ acting gigs — despite the fact that he appears for a few minutes, tops, and given his own much more disciplined work ethic, absolutely hated the time spent on it, and has not, to my knowledge, ever seen it.

You can find my in-depth review here, via Blogcritics.