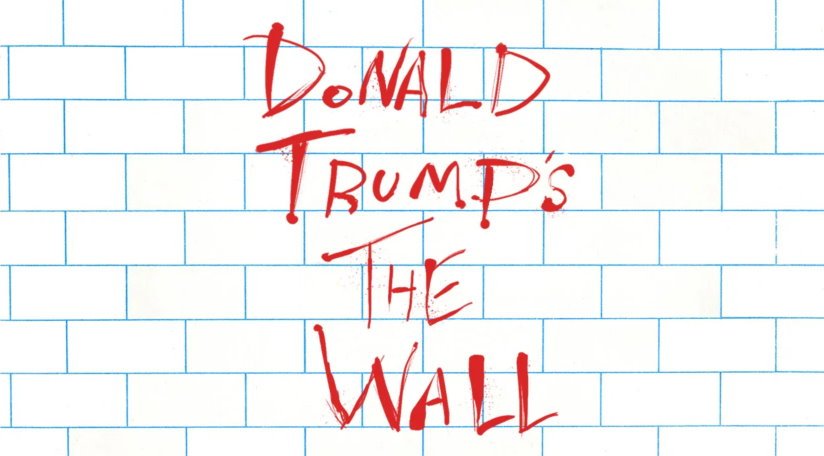 Having now watched the anonymous pseudo-documentary Donald Trump’s THE WALL a few times since its 2016 release, I am even more convinced of the future of multidisciplinary art and the slow asphyxiation of the written word. This is not because one is better than the other- there will be no greater art than writing for centuries to come- but because of how easily these art forms tap into sensory experience, and how naturally they cohere into small, digestible narratives brandishing just one or two core ideas. No, they are not ‘serious’ in the way that- say- John Banville’s trite, overmodified prose is serious, but what of that? One of the worst elements of contemporary art is how self-aware it tends to be, yet how little it feeds off of this awareness: how little, for example, it wants to work with its own constraints and re-define the ‘how’ of how good stories are told. I mean, just compare the tired cultural commentary of The West Wing– down to quoting Leviticus against the religious– to a three-minute video from Vic Berger which similarly attacks religious hucksters, but does so with humor and fresh narrative tricks. Or consider this interpretation of Ted Cruz, which- while polemical- does more than critique a politician: it offers up a startling image of American zealotry, and even manages to invert familiar tropes. The real question, however, is if such pieces can sustain themselves for any appreciable length, which Donald Trump’s THE WALL tests across an hour-plus of historical footage set to Pink Floyd’s album of the same name- a clue as to why it’s been removed so many times from video platforms, even as the film itself is a boon to an otherwise forgettable record.

The first few minutes are a summary of Donald Trump’s public persona- his business ventures, media appearances, and personal wealth- cleverly synchronized with Pink Floyd’s “In The Flesh?”, as the album morphs into Trump’s own biography. Not all of this is explicitly political: a lot of time is spent building Trump by other means, such as photographs from youth, newspaper clippings of his rise and fall, and Trump’s implied dependence on his father’s wealth (set to “Daddy, what did you leave behind for me?”) with politics serving as just one extension of a damaged character. Now, the film does get more declamatory as it goes on, with extended footage of migrants and of war played against Trump’s infamous reading of Al Wilson’s “The Snake”, which is itself inverted as Trump becomes the subject of his own recitation. Yet the film remembers to give characters their own little arcs, as well, with shots of the ridiculous post-Trump Ivana (set to “Vera”: “what has become of you?”), and even offers some emotional reprieve by making Trump a pitiful figure (“Nobody Home”) rather than a merely evil one. It is no coincidence that- although released before the 2016 election- Donald Trump’s THE WALL is still able to project his ascendancy. He is relevant and popular again, for, on some level, the film’s argument has more to do with Trump’s arrival rather than with Trump himself. The art is in how it uses the Trump character to depict this arrival, and it is merely incidental that the film’s political POV happens to be the correct and ethical one.

As a polemic, then, the film works, but it also works as craft: there are several well-wrought moments which are even better in the context of the music, but not for the reasons one might think. As it stands, The Wall was meant as a concept album following the life of an emotionally wounded rock artist, yet the evidence for this outside of the band’s own comments simply does not exist. Yes, there are individual songs and lyrics that cohere around this narrative, but assuming the sort of plot machinations they’re typically credited with is nothing more than imbuement. I challenge anyone to read the lyrics sequentially and deliver evidence for the album’s loftier claims- it simply doesn’t exist. But while this is a major drawback to The Wall’s internal coherence, Donald Trump’s THE WALL does not need specifics to survive: it only needs a few lyrical nudges and a willingness to fill the album’s narrative gaps. As the film shifts from childhood to adulthood, failure to success, and presents Trump in situations that do mark him as emotionally sick, there is a substance here which Pink Floyd’s songwriting cannot provide, as we now have two forms of media picking up each other’s slack. Ironically, the film’s primary flaw is the exact reason why it never gets too pretentious- its choice of constraints. By limiting itself to footage of Trump and a few news events, it is able to stay focused at the expense of breadth and greater repetitiveness. Where the music gets more self-indulgent, the film’s response is to rein it in with prosaic footage of protests and inequality, which itself gets too on-the-nose with depictions of Ronald Reagan and a darkening Statue of Liberty: both a credit to the director (they’re actually engaging the music) as well as a clue as to how much further multimedia needs to come.

Art requires constraints, and it’s unfortunate that most artists don’t seem to get that ‘the goal’ is how one accomplishes this goal under the heel of certain rules. Yet the goal also is to bring such constraints to heel- to bend (not break) them, and reject some while introducing others. Now that writing has been moated away from any tangible end, competitiveness has dried up, with craft itself very poorly understood. I wonder: will it be ‘mere entertainment’ like Vic Berger and Donald Trump’s THE WALL that forces artists to be competitive once more? As fewer people watch television and movies, they must split their attention across small content producers that, in many cases, just need to survive. It is a mistake to assume that this in and of itself generates artistic quality- there is so much indie trash out there- but it can, after technicals are renewed, give rise to the technically gifted who now wish to aim higher than mere technicals. No, the film does not quite accomplish this, but it does attempt to say something of substance with the most basic tools available. It helps, of course, that it has a strategy for actually using these tools- that it has thought, for example, why one might be preferable to another. Perhaps in time, the conversation about writing will change too. It will no longer be reasonable to ask, “So, what do you write?” Instead, one might hear: what is your strategy? For that is your book. That is your sonnet. That is your film and that film’s poetry. There is really nothing else here, and especially nothing as delusional as a ‘why’. Any answer does work- that is, maybe, the strangest thing of all. But one must know how to deliver it, just as this film tries to.