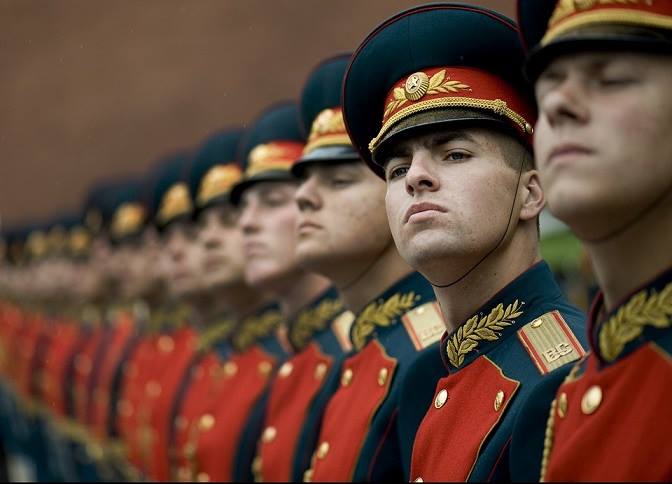 One of the most disturbing outcomes of this election has nothing to do with who was elected. It has nothing to do with who could have been elected, and nothing to do with the policies — rarely discussed now — that the electorate presumably fears. No, what’s alarming today is how quickly both sides of the Trump/Clinton divide seem to have coalesced around a losing strategy, assuring themselves of things that simply are not so at the expense of their own futures. It’s a gamble that is often made for a quick but quickly-dissolving advantage, and one that empowers anyone cynical enough to game it. And it just so happens that, this year, the cynic won, as both his critics and supporters wallow in distractions to take attention away from their own nullification.

There’s a lot to be said about this, but a few examples should suffice. On Donald Trump’s side, for instance, voters have already signaled that they’re willing to give him a free pass as Trump backs down from key campaign promises, laughably insisting on a ‘mandate’ to govern all the while denying even the possibility of Russian cyberattacks meant to throw the election in Trump’s favor. Meanwhile, Trump himself has been gas-lighting his own base for several weeks now, slowly inoculating them with positions — gay marriage, the Iran deal — they have in fact voted against. And on Hillary’s side, you have an outright denial of her worst flaws as Democrats go on to blame everything from sexism to James Comey for last month’s defeat, with the Russian hacks serving as the latest diversion from what, in hindsight, ought to have been a rote and predictable outcome.

In other words, neither side — as usual — really cares to see what’s going on. Conservatives deride liberals for their political correctness and identity politics, yet engage in much the same. Today, they’re arguing from personal insecurity, and assume that granting the obvious — such as Russia’s hacks — will erode support for their own side. Of course, they are right to worry, given Trump’s ever-widening gap in the popular vote and the sense that he’ll always be just one lawsuit away from impeachment: facts which cannot be undone no matter what Trump does, even if — and this is a big if — he ends up doing some good. But while the Republican Party slowly implodes, Democrats are trying to reassert themselves in the wrong way, courting the same donor money that failed them in 2016 while insisting on the same leadership. And although Democrats feign outrage at Russia’s behavior, they are in fact using these events to justify their own refusal to adopt the progressive agenda both sides thought they voted for. Ironically, Russia has become the party’s savior, even as the Democrats guarantee more losses in the future by not honestly dealing with their own flaws.

As a result, both parties have whipped up hysteria to unprecedented levels both before and after the election. Otherwise rational people have argued that Hillary, say, would have led the world to nuclear annihilation, or continue to draw parallels between Trump and the rise of Hitler when much better comparisons exist. That so little attention has been paid to either candidate’s actualpolicies damns both the media as well as the electorate’s complacency in accepting the media narrative, as pundits and voters alike seriously discussed proposals like a 1,000-mile concrete wall, Muslim internment, and a 45 percent tariff against the largest exporter in the word, bandying words like ‘Nazism’ and ‘pizzagate’ while the few rational ones among them try to resist the theatrics.

And while Russia’s hacks are no doubt real, with even James Comey now standing behind the CIA’s findings, they are also irrelevant to what should be the Democrats’ main concern. It is unlikely that voting machines have been hacked, or that Russia’s agitprop gave Trump the White House in any meaningful way. Yes, Comey’s letter seems to have played a part in Clinton’s loss, but what Democrats need to square with is the fact that this election should have been unlosable no matter the circumstances. Had Trump run against the Obama of ’08 — classy, without scandals, and a great campaigner — this election would have been a landslide on the level of 1988. Instead, the Democratic machine rallied behind one of the most toxic candidates in electoral history, cutting her loose against an equally-hated fraud who still managed to position himself as ‘different’. In response, Democratic voters from the Blue wall fled their own party and handed the White House to Trump. Fake news, Russia, racism: all factors, no doubt, but so was Chuck Schumer’s assertion that the Democrats ought to angle for the suburban Republican bloc rather than satisfy their own blue-collar base, which is precisely the sort of cynicism and fuzzy math that cost Hillary the election.

To be sure, America is facing a crisis, but it has nothing to do with Russia. It has to do with identity, with the notion that one must be the best version of one’s own self — and not anyone else’s. As Democrats imitate Republicans, and Trump apes traditionally liberal positions, voters get confused into thinking that candidates like Clinton or Trump will serve their interests, with half the country ecstatic over what it perceives will be a revitalization (it won’t) and the other half in tears at what it considers to have been a historic opportunity for change (it wasn’t). Meanwhile, Trump is playing factions against one another and adopting the very positions that American liberals should have championed when they had the chance. Liberals have stopped fighting long ago, however, claiming outrage over the very things America has done to other nations for decades, even as they fail to propose any safeguards for the future. In this way, they will merely let Trump to take credit for the things he will not do and fob off responsibility for everything that he will. And when that becomes the norm, both parties will ensure many other Trumps in the future — assuming, of course, that they can survive the first fracture.