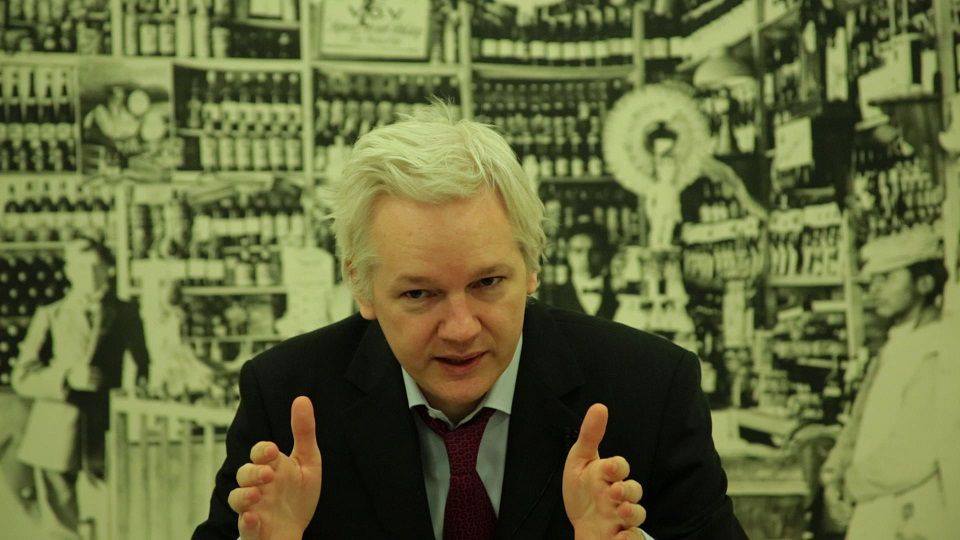 Some time ago — oh, say, on the order of 40,000 years — a few tribesmen shored onto New Guinea, and were puzzled to find the place quite empty. Sun, highlands, and the moon’s egress, mid-day and night; things, all, no doubt, big things, even, but without the confluence of people to make it real. In short, the tribesmen were too used to activity, not quiet, analyzing others’ body language and being analyzed in turn, at every turn, for everything was violence and negotiation for as long as they could remember. Yet they were only a few families, still, with an immediate environment that was quite easy to control. So, they’d let the generations pass, until, one day, they woke up to clamor.

It wasn’t war, exactly. It was, in fact, mere over-crowdedness, and each person — not used to crowds after all these years of re-adapting — could no longer sense what the other was thinking. In time, something big will happen, something new, wherein people could finally organize themselves, find new ways of doing things, new ways of thinking, and open long-closed doors to productivity. Except there will be one problem: not everyone’s on board. And, whenever there are folks on the margins, there’s always the threat (or so the thinking goes) of a new and better, perhaps endless order.

No, I can’t know these things, as facts, but I know (or think I know) people, and the ruts they inevitably fall to. Thus, in reading Julian Assange’s When Google Met WikiLeaks, on Google’s Eric Schmidt’s meeting with Assange in 2011, I was reminded of the above precepts. They are not, to be sure, value judgments per se, but simply an admission that as the world grows more complex, the human tendency is fear, and that fear leads to paranoia, and paranoia leads to irrational and presumptive behavior — Assange’s real critique of government secrecy, both in the book and elsewhere, whether or not he realizes this, for the issue is not so much the desire to pry data, or hide bad behavior (human constants, all), but the particulars of this arrangement, and especially when the balance starts to favor the powerful.

In fact, as I’ve argued elsewhere, far too much has been made of, say, the legality of Edward Snowden’s leaks, despite the fact that pure legalism is a rustic way of viewing far deeper ethical dilemmas. I mean, just think of it: Jim Crow was a legal fact once. So is Monsanto’s bio-piracy, and bank policies that — unless immediately curtailed — will lead to financial chaos once more. Such things are outside of the scope of ethics, however, for when they’re ensconced in mere legalese, as pundits and laypeople so often do, they refer strictly to contracts: what people agree to do or not do, NOT the immanent justice of such contracts, which is the deeper and more relevant discussion. 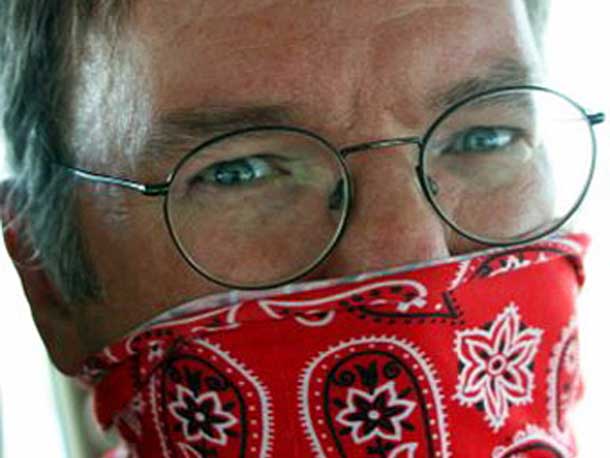 Eric Schmidt: “‘If you have something that you don’t want anyone to know, maybe you shouldn’t be doing it in the first place.” Image via Business Insider Australia.

And while Julian Assange seems to understand this, Eric Schmidt — Google’s former CEO, and the book’s de facto mystery — does not. I call Schmidt a “mystery” because, despite his stated views of openness and political progress, there’s always a feeling that he’s not giving us the full picture, not only in Assange’s book (which, as it turns out, he started to ignore after getting whatever he needed from Assange in 2011), but in his complicit behavior as CEO. In short, this is clearly a smart guy who’s interested not only in the technical side of WikiLeaks’s successes, but Assange’s political questions, as well — questions he seems sympathetic to, during the interview, but on which he’s remarkably silent when Assange grows passionate, almost as if Schmidt doesn’t wish to ‘spoil’ the discussion before getting whatever it is that he needs from the man. It’s a cunning move, to be sure, and one that Assange doesn’t seem to notice, happy, as he is, to just talk, talk, talk, but while some may knock this one-sidedness as the book’s central flaw, there’s also something to be said for the way it reveals both personalities: Schmidt as a manipulative asshole, and Assange as too self-absorbed to publicly nip his balls, as deserved. Thus, this is not so much an omission, but an elision, for while the former implies an oversight, this is an unconscious choice that ultimately characterizes both men, albeit in divergent ways.

Yet for all the manufactured ‘controversy’ surrounding Julian Assange, the fact is, most people simply do NOT believe in government and extra-government secrecy — at least not to the extent that it’s been used and abused over the years. Yes, government officials and TV pundits alike have criticized Assange (and others) for their revelations, but the present trajectory is one of openness and transparency, has been for many centuries, and merely represents the next step in human government, in the same way that Neolithic man, Greece, the Mongols, and mercantilism implied previous ones. This isn’t an ethical question, really. It is simply how things arise and flow, irrespective of our wishes.

But while openness and transparency are wonderful things, people forget that these ideas cut in the other direction, as well. In short, it is not merely government secrecy that is (rightly) being dismantled, but personal secrecy, as well, which is both unfortunate and inevitable. This is, perhaps, what information activists seem to understand the least, because the very impulses that allow The People to wrest control from evildoers will, in a kind of tug-of-war, take things AWAY from us, as well. What matters is that the final selection of ‘pro’ and ‘con’ tips more in our favor than not. This is, therefore, a net benefit rather than an absolute one, and should be treated with all the corollaries and stipulations such things logically entail.

As for Assange, himself? The man has longed entered into an area of celebrity, wherein he is evaluated more as an idea and symbol than as a man who’d done some good, tangible things and perhaps fucked up others. Yes, some of his acolytes may be to blame for this inversion, but what of the man’s own behavior? Consider, for example, how he’s handled the whole Alex Gibney ‘scandal’ — this time manufactured by Assange, himself, mostly out of ego rather than any legitimate disagreement. To be sure, Gibney’s film, We Steal Secrets, is a pretty good one, and takes a decidedly pro-WikiLeaks approach, and a complicated one, at that. Bradley (Chelsea) Manning, for instance, is utterly humanized in the film as responding both to his own personal insecurities, as well as a sense of interior justice, thus subtly forcing the viewer to empathize with Manning during the shots of legal proceedings. Yet Assange criticizes this, among other things both real and not, accusing Gibney of ‘defaming’ Manning (all the while dishonestly using a rough draft of the film’s script, as opposed to the final cut, to make his points), not realizing that Assange’s own suggestion — to focus strictly on Manning’s politics — would simply dehumanize Manning, and force the viewer to relegate him to the status of an abstraction, thus eliminating any real empathy in the process. It is, in short, a ridiculous notion, and one that shows the limits of Assange’s almost wholly political perspective, and inability to grasp some deeper nuances. 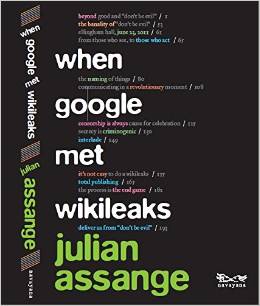 This, and other Assange nit-picks, as well as the fact that so many seemingly idealistic people (and parasites, a la the immature, self-serving Daniel Domscheit-Berg) have quit their jobs with WikiLeaks over ‘disagreements,’ point to an issue that’s been glossed over by his fans: that Julian Assange is a great but flawed man, no different from those men in New Guinea who, after an initial burst of calm, had devolved to precisely what the rest of the world always seems to become — ego, paranoia, and the need to control one’s own environment, both internal and external, no matter the excesses that accrue from such a quest.

And this, to me, is the real conversation that ought to be had, not only about Assange — for his flaws, like all flaws, will be excused by historical triumph — but about what privacy means, and how much of it’s really up for grabs. And I say this because Julian Assange’s answer — ‘NONE!’ — is unreasonable, not in any immanent sense, really, but in what’s available, to us, and what is in fact remaindered whenever we consent to a traditional government. In short, it’s the latter that must (and will) change, for as far we’ve come since that first egress to New Guinea, their viscera is still our viscera, and this blueprint still needs to be looked at — honestly. The trick, however, is in knowing what’s mere paper, and that there’s always room to draw.

[A version of this article first appeared on the Hackwriters website.]

1 Comment → When Google Met WikiLeaks: Julian Assange & The Making Of A Live-Long Pattern