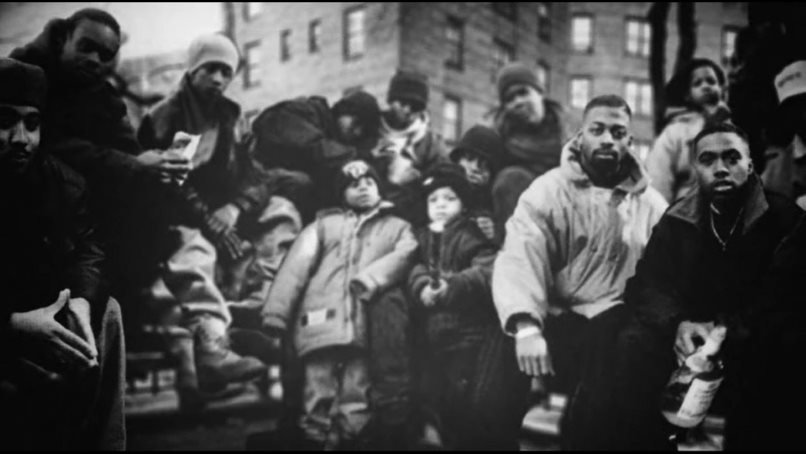 Nas? Twenty years later? It is, perhaps, an odd way for me to begin an essay these days. Later than what, you might ask? Yet there isn’t much- alack!- one could really add here, although I can certainly try. To be sure: those that know, know, and those that don’t will have a hard time understanding any of this. Does this conveniently seal my argument from critique? Maybe, but with the added stipulation that this argument is NOT what you think it is, and less (or more, depending on your perspective) than what so many in the rap world wish it might be. It is strange, then, to watch a film that deals with the artifacts of my childhood, in part because it reminds me that while I have grown, and thus re-created myself, the culture to which they still belong has not. If anything, hip-hop has become, if not more self-obsessed, then at least more arrogant and complacent about its place the musical hierarchy. There are many reasons for this, but suffice to say that it is the culture’s deep-seated territoriality which has made it so unwilling to address its own structural failures. This is a shame, really, since rap has always emphasized the need to push boundaries, even though it has also shut its most cherished precepts into a kind of echo chamber where so much that ought to be debated and up for grabs is treated as a foregone conclusion. One can find evidence of this pretty much anywhere, from lectures, to online message boards, to failed rappers opining on one another, but perhaps the most symbolic instance of this stagnation is One9’s documentary Nas: Time Is Illmatic, which tackles hip-hop’s most revered album in a way that neither explains the music it ostensibly admires, nor presents any thoughts on moving forward, save for the same platitudes fans have been swallowing for over two decades, now.

Before I can properly analyze the film, however, I need to do something that- ironically- is almost heretical in the rap world, and pick apart the album, itself. And before I can do that, I must explain my premises in depth, lest I am accused of bad faith and questionable motives. But while I understand hip-hop’s resistance to perceived ‘outsiders’, it is also true that listening to Nas’s Illmatic, as a child, was one of the four or five most important turning points in my life, ranking among Eldridge Cleaver’s Soul on Ice, Countee Cullen’s poem “Heritage”, Kazuo Ishiguro’s The Remains of the Day, Paul Fussell’s Poetic Meter & Poetic Form, Vladimir Nabokov’s Strong Opinions, and, later, the discovery of Dan Schneider’s essays on Cosmoetica, as these pivots laid the intellectual groundwork for so much of what I do today. Yet even as I have rejected some of my earlier influences, I can’t deny that their core fundamentals have stuck, and that rap music especially, and Illmatic, specifically, … Continue reading →